Let us address concerns about the development delay and the reasons behind it.
Originally we intended to release the game in 2018. It’s clear that this has not been the case.
AC is a very complex project, way more than we anticipated. We acknowledge the initial optimism we had about being able to complete the project in 2 years. Not anymore.
Yet we have been working full time and very hard, 2 years has been not enough.
We failed our initial estimation, mainly because we never faced a project this big, but also because we want to do it well and because it has grow bigger than initially planned. 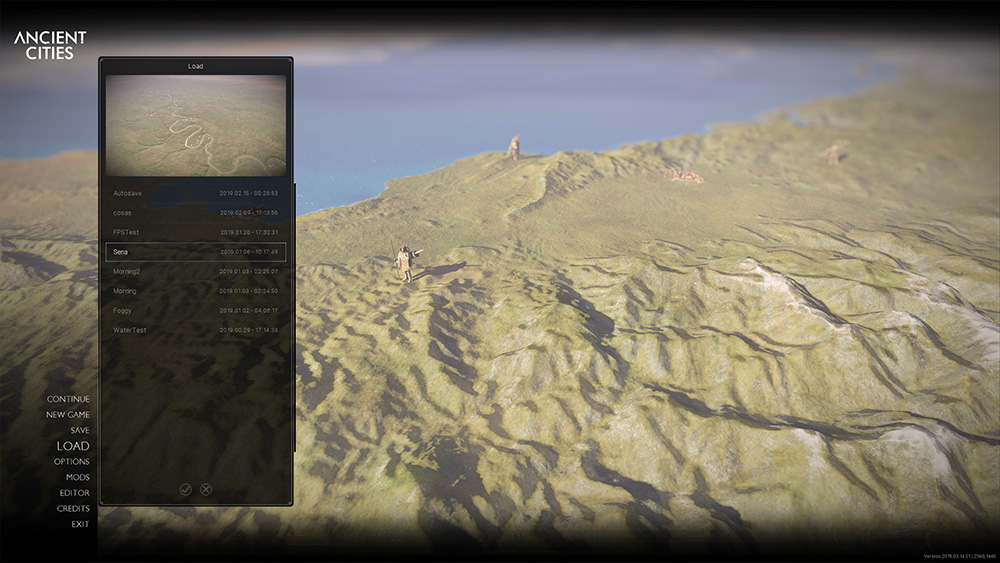 To have a more clear view of the costs of indie projects of similar scope:
-“Banished” took 4 years to be developed.
-“Before” recently announced its was cancelled after 5 years.
-“The Universim” has been in development for more than 5 years
This doesn’t excuse our miscalculation, but it makes a point about people who claims that 2 years is like Duke Nuken Forever. It’s not. The 2 years we have been working doesn’t look too much when compared to these figures.

Of course we keep track about the time employed to be able to accurately predict costs of feature development. This track shows 2 main reasons for the delay:

The first one has been the decision to build an in house engine for the game:
Even worse, a state of the art engine. Literally we are working in 2 big projects at the same time.
The engine alone has taken more than half of the development time, and it still need work almost each time we want to add a new feature that includes graphics. To keep it optimised, streamlined and working with different GPUs and drivers is a very time consuming endeavour. At this point it’s reasonable to ask if the decision was the right one. We knew we were choosing the difficult route here, and we were aware it will consume lot of time. We just don’t expected it to take so much. It’s clearly impacting a lot our initial time schedule but we still think it’s a good decision for the long run, and AC is being built for the long run.

The second reason is that the project has grown “a bit” over what we initially planned.
This is related to the platform idea we have in our minds. Because we want to be able to expand the game after its release and to continue building over it we are designing and implementing it with extreme care, preparing it to be moddable and expandable. This complicates the process and leads to frequent refactoring. Yet we originally planned to be more lax code wise for the first release, we realised that could lead to grip the project in the future, forcing a complete rebuild for next expansions. Our experience in pass jobs tell us that rebuilding when a project has been deployed and content has been added is just too tough if realistic at all. So we consider it’s better to take a bit more care now to move softly later even if that pushes the release date even more.

We want to make clear that we continue to be fully committed to the project.
It will take longer but we will get there.

Our current plan is to release, or at least to reach the beta stage, at some point along this year.
We still don’t have a settled date for it and we will not announce one until we can be completely positive about it because we don’t want to be in a position where we have to push back another announced date. 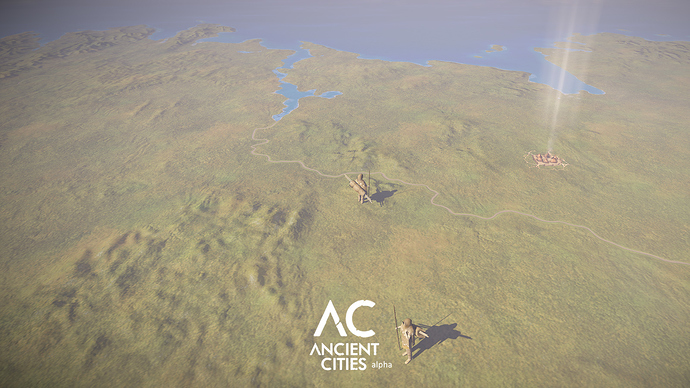 We hope you all understand the reasons behind the delay and we ask for a bit of patience.
We know very well that we are working on this project thanks to you. We will keep this very well in mind in the future to compensate the delay and to make you don’t regret trusting us.

Thanks for the update looks good

Just keep at it you WILL prevail.

Also, I love the glimpses of clothing from the figures!
I cannot wait to see more! \o/

I am very happy to see the devs take so much into consideration. Creating their own engine and ensuring limitless expansion for the future—all for their very first game is astonishing for any indie game company. I will admit I don’t know if any other indie devs have accomplished this before, but even despite that, it is a very impressive feat to imagine.

This update has solidified my feelings that the game is in good hands. After reading this post, I wouldn’t care if the beta is released in December of this year

The last thing I would want is for Uncasual Games to release an unfinished game as their first title. This game is wildly important to them not only for their customers and backers, but for their future in the industry. I look forward to what may be the best indie game created in a long time. Thank you for working so hard to provide all of us the game many of us have been looking forward to for so long. I expect great things

Thank you so much for this statement!

As a member of a integration, verification, validation software team in aerospace industry I 100% agree with your decision. It is such a pain to integrate features once the core is done and we had to perform many workaround.

The more you plan ahead the better! You are definitively on the right track!

Thanks for the update and looking forward to hear more!! Good news you are still alive after 2 years from the Kickstarter, hopefully you’ll have enough incomes to keep going how long is necessary

I think you would allay a lot of fears if you released some gameplay videos. We all know next to nothing about the game since so few details have been given out. I have full faith in the process though and I’m thankful for the update. Keep up the great work guys.

Yes. Writing a game with your own engine is difficult. I hope you can avoid the fate of Limit Theory, which chose a similar path.

Don’t worry about it and take your time! It’s looked better than Dawn of Man from since its first trailer, and I greatly expect it to be far better! Dawn of Man was a huge disappointment for me.

Just take your time, we can wait. Longer we wait, better the game will be.

Echoing the other sentiments, take your time and do what you feel you need to do in order to make the game fit your vision. I appreciate that you’re looking ahead and making sure you aren’t taking the easy way now that then creates restrictions that you’ll have to climb over later to add future content. If something is worth doing, it is worth taking the time to do it right. We’ll still be here and looking forward to a well-made game when it is ready.

Ben writing code for almost 50 years and I cant disagree more with the summery.

This I agree with but

Then you have to start over!

Can’t wait for this game, getting lost in a game like this will be awsome I trust that you will make this a great game

Don’t sweat it, nothing worth having comes easy.
Also, what you have shown us so far looks amazing!

Thank you for the update, we all know it takes time to reach perfection (well most of us anyway)

Thank you for keeping us in the loop on your thoughts!

With a project vision as ambitious as yours, it did not surprise me that development would turn out to take more time than originally planned. I agree with the many others saying that you should take the time needed to ensure the game is of the quality you are aiming for.

I love the progress up to this point. Don’t get discouraged by the extra time needed and additional work. Every days gets a little closer and I think we would all rather have a game that works well than a rushed broken game that everyone is disappointed in and trashes in reviews.

So when AC is released, or has released a beta, then can the engine still be modified? Or does it mean that once it’s released the engine can’t be modified because of some complications? Just curious.

So when AC is released, or has released a beta, then can the engine still be modified? Or does it mean that once it’s released the engine can’t be modified because of some complications?

Everything can be modified at any point. It’s a matter of how much cost it has in terms of development and compability. For instance, a move from OpenGL to DirectX would be costly from a developer point of view but it could not affect compatibility. But a small change in how we define trees would cost little in terms of development but could make every asset and mod incompatible. While changing the core of the game can lead to an enormous refactoring no much different than start from scratch.