The concept of oral tradition and practice in agriculture is correct for rural populations today. Another concept is the exchange of these experiences between people in religious places and centers of power annually or seasonally. Another concept is diplomatico of “exchanges” of knowledge between friendly tribes. Travelers and merchants or even spies to learn techniques.
Priests having divine inspirations of ideas or conversing with a devotee his offerings and this one tells the technique to him. Visits of priests in a region to pick up the offerings or distribute the offerings absorbing the techniques, could pass on if their interest was to increase the stock of food (offerings) and thus evolve the power (sustaining warriors, bureaucrats, etc.) building a proto -state. At the family level from parent to child transmission.

Yes. The caves and other places of encounter and rituals with the end of the ice age are being consumed without neolithic. But if you have just moved, they can become centers of power or faith; Göbekli Tepe. People from our places exchanged oral knowledge. Practical practitioner, is transmitted in the doing, in practical work practice, oriented to more skillful people, usually elders for such topics; metallurgy, stone chips, etc. And even in agriculture. It is certainly local at the local level. Eume pressum thatulgientemparammonistences or sacerdoties like GÖBEKLI Tepe, that acted as “government of” chiefdons ", small informal kingdoms and possesses a mental and often visual eminent technical and when necessary they would disclose tributaries by affinity chose young people to apprehend techniques with allied tribes or popular in a diplomatic and bonding action, eg women’s exchange for stone-cutter apprentices, habitat or territory sharing (coexistence) for learning.
This is for the most initial part of the neolithic. The final half of the Neolithic places like Göbekli Tepe must have developed that role. And even in the most evolutionary pattern among the flocks and their headship to the chiefdons, we may assume that individuals with great skill within the group or tribe were considered an expert and consulted by others in the great seasonal gatherings of tribes, basically caves in the later era of the Neolithic. What I mean is that it can be either proto-governmental with some kind of priest or counselor who gathered knowledge, a proto-scribe if you will, as well as elders in the tribes (council of elders) chosen for their knowledge or history of outstanding deeds or age, which would have accumulated knowledge. But the most important cultural transmission was familiar and from artisans to the initiates. The most experienced warrior teaching the youngest. The farmer father teaching his son. The neighbors, when they perceive the income of the neighbor, come to know more about it - as it was done. Chiefs or leaders knowing a technique seek to know how it is directly or by “bureaucrats” designated to know. The religious part with priests, by divine inspiration or philosophizing, thinking, because it has a long time, could try new techniques, for more resources and thus get more tributes to their god. I think that up to now in the debates nobody talks about this religious aspect and about natural impacts people. They want to impose a static “religion” view of the game, without an immersibility that leaves the player aware that there are extra forces acting for good or evil to man. Well in my way of thinking is a lot of ARROGANCE, to think that we are alone. In any sense. WE ARE SOULS and the human experience is of souls evolving materialities and objects. So why are you other souls and beings not helping or hindering? And a very strong dimension to the neolithic man the religion. 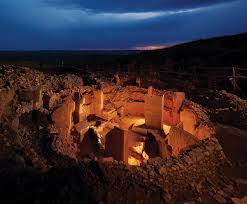