Let me know if you want a list…
I have lists upon lists of names, each being phonetically related and similar in structure.

I’m sure you can guess why I have these lol

As a linguist, I’m curious if you based your work on extant sources, for those cultures we actually have written records of, once bronze age is reached, such as Hittites (Anatolian) and all the different Fertile Crescent cultures?

Not being a linguist, I had to invent a method to help imagine a non-existent language. The oldest languages before the time period I was aiming for, 5500BCE on the Rhine River, were thousands of years newer. Look how far English has changed in just a few hundred years =/
I used a technique of following points from language branches back to the last known good point, then extrapolating backward. I based this on the way you form a linear regression of known data points and then integrate backward into the unknown.

I ended up creating an entire neolithic language using PIE as my final data point and moving backward from there.

Here’s an example. Some words don’t exist (and are in parenthesis) as the language structure is simpler. I used a basic SOV, though a few of my other invented languages use SVO.

Ehg ten en keh eshe meg’ehig de’Neolithic aeg’lke sehke.
[I think that this is very similar to (how) Neolithic language (may have) sounded]

Here is a video I made where you can hear some of the language spoken. In the video, bone is being charred to make a rich grey paint (when mixed with walnut oil).

The evolution of English in the last 1000 years:

Nice work! Sorry, of course you were inventing just Neolithic names, not bronze age ones - my question was a bit off. Your approach is spot on

While we are on the topic of linguistics - not that it’s really important - the idea that languages spoken in earlier ages had simpler structure or were in some way more primitive is not right.

I didn’t so much make the structure simpler, as I omitted some articles, such as the. I also use the concept ajoint modifiers. Words modify other words by being connected via apostrophe. When spoken, the two words run together in a sing song way and their sharper endings become softened.

“A large cat” would become “a big’cat”

The recreated language has maybe a hundred words, though this is only a sample of what would probably be much more extensive if real.

Cool, lotus253, then it was just the way you phrased that made me think you aimed at simplifying the structure. Again this is just a side remark to what you say about adjectives - but in fact all words run together

You chose to make a change in the way you write it down, which is just a cultural convention - if you’re listening to a passage in a language you don’t know, you generally won’t be able to tell where the word boundaries are, because there are no pauses between words that you can hear.

Anyway, that has little to with the game and is not useful to its development, I was just compelled to write it

Same goes for what follows.

nuLoon, well, firstly - what we can observe is that there are no differences in overall complexity and expressiveness between today’s langauges, regardless of the culture and society of the people who speak them, including less technologically advanced, primitive - anthropologists, please offer a more appropriate contemporary term used in the field - cultures. It goes without saying, but it’s maybe worth emphasizing nevertheless, language complexity has nothing to do with the existence of written language; writing is a cultural invention that has existed for a much shorter time than our species’ linguistic ability. Here’s some interesting reading: 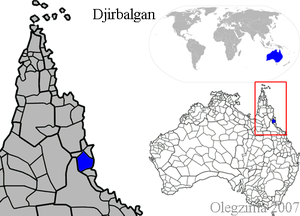 Are Languages of “Primitive Peoples” Primitive? - Languages Of The World

A recent discussion of Toki Pona, a conlang dubbed “the world’s smallest language” by Roc Morin on Business Insider Australia website, prompted me to write again on the issue of the so-called “primitive languages” (for my earlier takes on this issue,...

Next, looking at languages spoken in the past that we have a record of, going back a handful of millenia, show the same levels of structural complexity. The very beginnings of language (another several tens of thousands years earlier, most likely) are shrouded in mystery, since there cannot be any direct linguistic archeological evidence - yet the properties of human language suggest that its appearance in today’s form was rather sudden; it has properties that qualitatively distinguish the human language system from animal communication, so it’s not just a quantitative evolution of a more primitive system of our immediate ancestors and closest relatives that the modern human (sub)species just got better at with extra intelligence. On the topic of evolution of language faculty, a seminal paper is this following one written in collaboration between biologists and linguists, and I also add a link to an accessible blog on these matters:

OK, this was quite enough, sorry for the length

With all authenticity and immersion, we should not forget that even well-educated players want to be in the game. We play at this time and will certainly understand our contemporaries and communicate understandable.
But interesting discussion, please more!

I’m writing an online translator for my recreated Neolithic language, but nothing that complicated LOL

Not sure about that one.
Mine has PIE as a data point, but I also used other languages to backwards derive a language.
If you speak PIE, you will likely recognize similarities now and then.
But I have like 5 languages in the books, each quite different lol

It’s the language spoken by the Wenja tribe in Far Cry Primal, created by David J. Peterson (I love this man so much)

but, that’s interesting. I don’t have a lick of PIE training, but i can speak a lil bit of Wenja lol, only a few words and phrases though.

That’s, “my name is Ember,” in my main characters language. Anyone who has studied PIE should quickly note a few similarities LOL

I’m surprised you’d use PIE though, I mean PIE existed nearly 3,000 years after your setting during the Yamnaya Horizon (think about how much Medieval French changed from PIE by comparison. Besides PIE was spoken in the Ukranian Steppe, not in the Near East (an area where a completely different language family developed).

Are there no Afroasiatic Langauges that can be used for a reconstruction?

I mean, considering the locations in Anatolia, Proto-hitite was around since 4000 bc and is splinter off of indo-european. I know this is not my area of knowledge by a long shot, I don’t know what language they spoke in anatolia ca. 5500 bc

@Sargon Proto-Hittite and the Anatolian Languages split of before the development of PIE proper however, a lot of cognates and grammatical features that appear in the rest of PIE based languages are missing in the Anatolian languages. So Proto-Anatolian broke off from PIE before PIE itself developed beyond a very Archaic state, (as I mentioned an event strongly connected with the Yamnaya Horizon towards the end of the fourth millennium BCE) think of the difference between the English spoken in 1066 (Edi Beo thu from the 1200’s) and what is spoken today. David Anthony links it with the Suvorovo-Novodanilovka migration around a thousand years before (~4200 BCE as you said). I’m not 100% convinced by this because I have not read anything about how S-N people or language might have spread from the lower danube into Anatolia, but at the same time I haven’t seen a better explanation.

In the end, we have no real knowledge of what was spoken at that time. We can infer things about what the language from that time may have been like, but that’s about the best that can be done.

Fair play, but I do think that reconstructed linguistics gets a much worse knock than it deserves from us on the Archaeology side of the field.