with this many core end CPU threads most games do not know what to do with it
therefore the following will happen : game will not run properly ( or ) game will forced all workloads onto one core ( or ) game starts lagging ( or ) game will heavily limited performance as in it will mentally disabled all other course ( or ) it will simply not start

CPU Affinity Shortcut for a Program - Create in Windows

How to Create a Shortcut to Run an Application with a Set CPU Affinity in Windows Processor affinity or CPU Pinning enables the binding and un-binding of a process or thread to a physical CPU or a range of CPUs, so that the process or thread in...

i cant say for certain, but i remember a twitter update where they stated that they where doing stress tests with multiple PC’s and different types of CPU’s, which i assume ranges from low core Intel and AMD to the higher variety.so in short, i’m optimistic on the results.

all good no worries.

We use every core in your system for loading tasks and for in game tasks we use a limited number due to overheating problems we have discovered when using all the cores. Not sure how the game will work with this app you are talking about.

the current CPU I’m using is boost clocked to 4.4 Ghz ( factory settings ) (first 8 course )
however I personally tweaked my processor to 4.2 Ghz (all course manually)
with a stable temperature and voltage 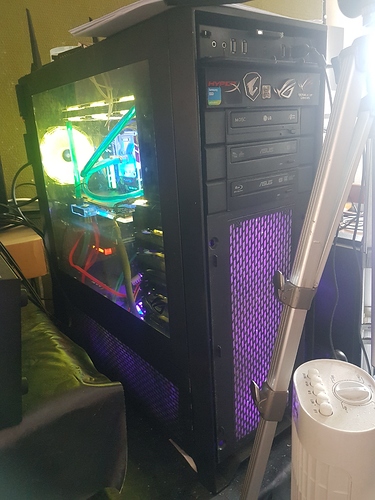 What does this mean?

" tourette’s most " I meant to say : threads
( CPU cores and threads ) A thread is a virtual version of a CPU core

overheating? thats just sound like bad cooling, not a problem for use more cores