I know this is super late, and i know you guys are still working on the project. But all we’ve seen so far are the hunter gather huts and some houses. But maybe as we progress through the game we could maybe unlock some different housing styles. Maybe houses in desert areas are made of bricks or clay, while woodland houses are made from trees or something like that (basically housing style could vary according to location & culture).

Most are house pictures from Neolithic Jordan & Turkey 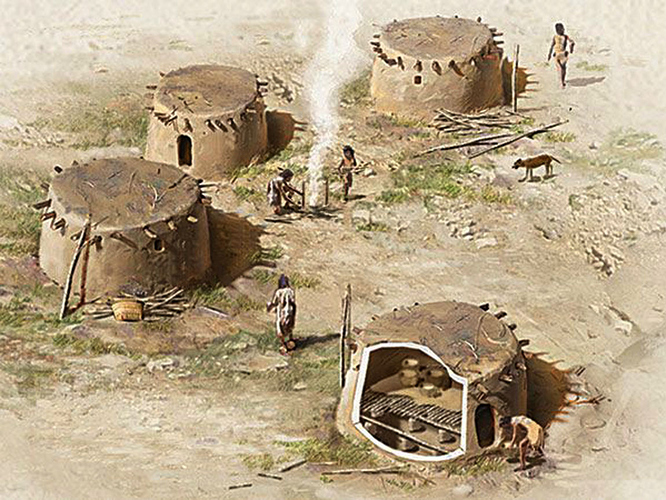 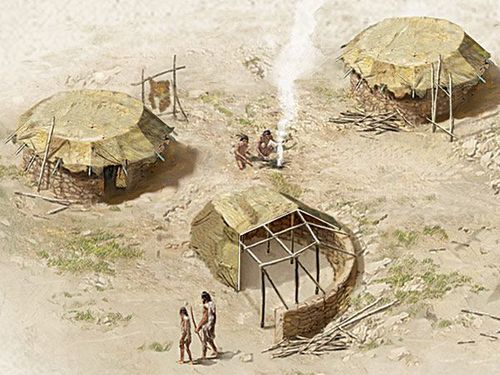 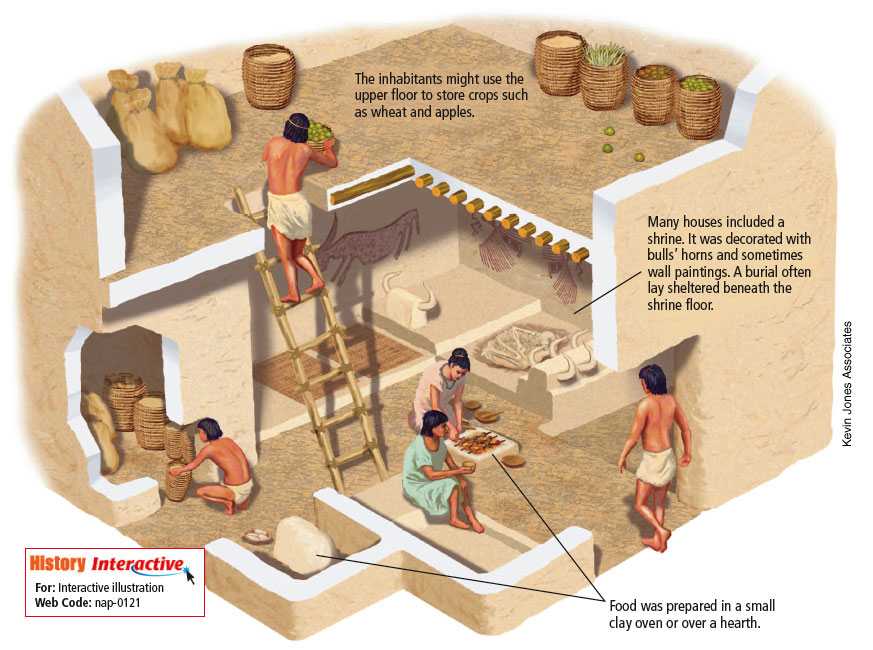 (This one from North Europe) 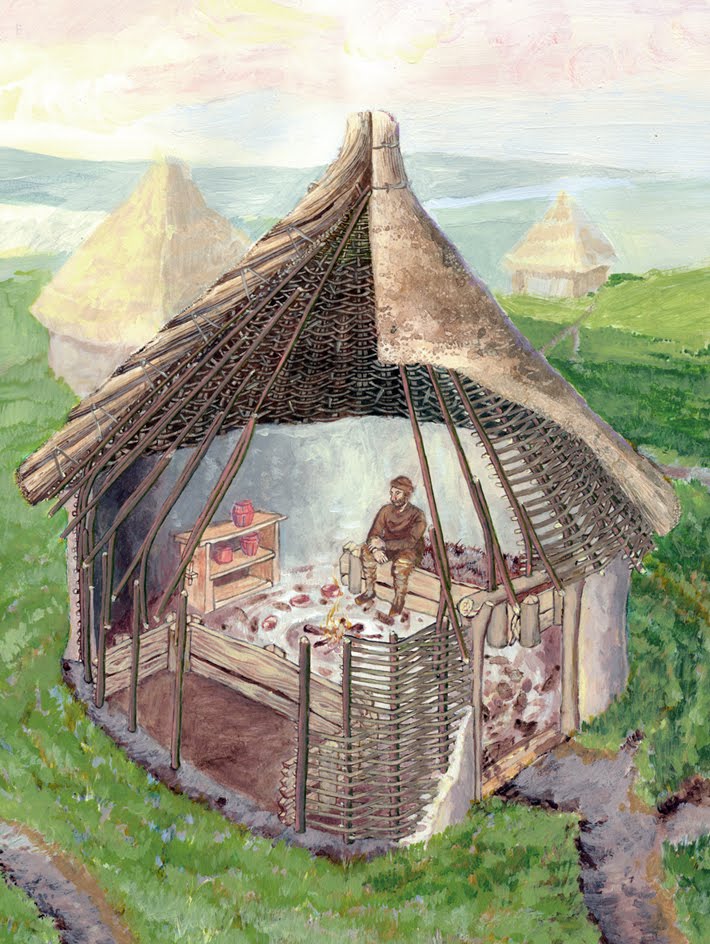 (Village in Monte D’Oro, that’s what I believe it’s called) 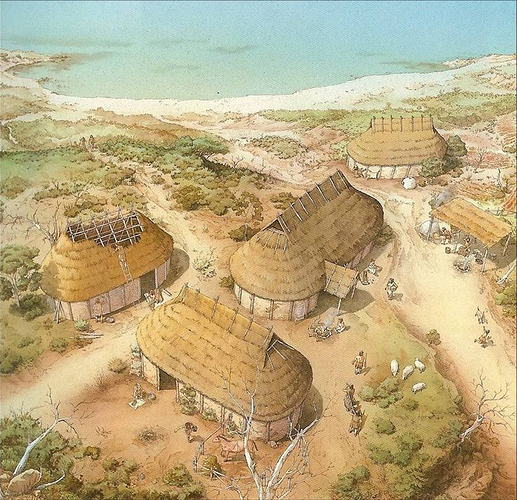 Was wondering the same thing, but didn’t know how to word it without sounding pushy. Thanks

exactly! Catalhoyuk’s homes of mud-brick were so tightly packed that there was for all purposes no streets, so people traveled via rooftops.

I have an illustration of a woman from Catalhoyuk being made, right now.
I might need to post it here once it’s done lol

A marvelous place!
The Catalhoyuk research project has loads of data you can look through to learn about it, as well as the actual notes/data from the dig. I spent hundreds of hours digging through it so I could accurately depict the city.

Oddly, I came to the conclusion that avian excarnation was unlikely, due to the lack of markings on the bones for secondary burials. All of the books I had said avian excarnation was present (based on Dr. Mellaart’s work). I ended up contacting Dr. Ian Hodder at Stanford who confirmed that the practice was not found to be true/common!

Yeah, they figured it out long before me, but it was a fun thing to independently determine from the bone data they took! \o/

I urge folks to go have a look-see
http://www.catalhoyuk.com/research <-link

I donate to the project as I think it is important for archaeologists to do their work (and get paid!).

Is our past here! Its so nice.

Maybe of more importance to the base game as it’s European Neolithic would be Scara Brae: 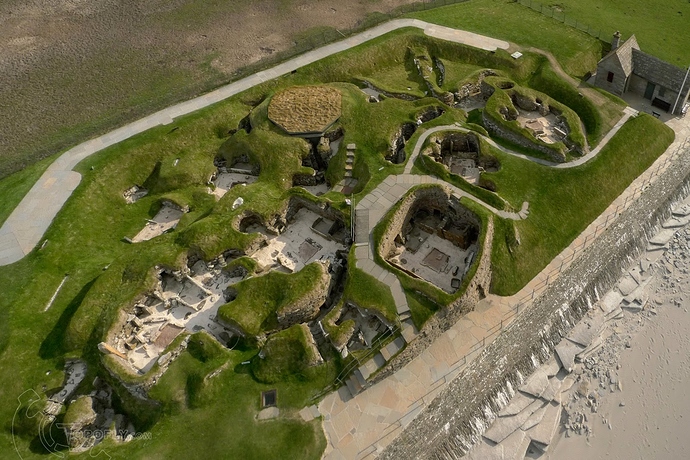 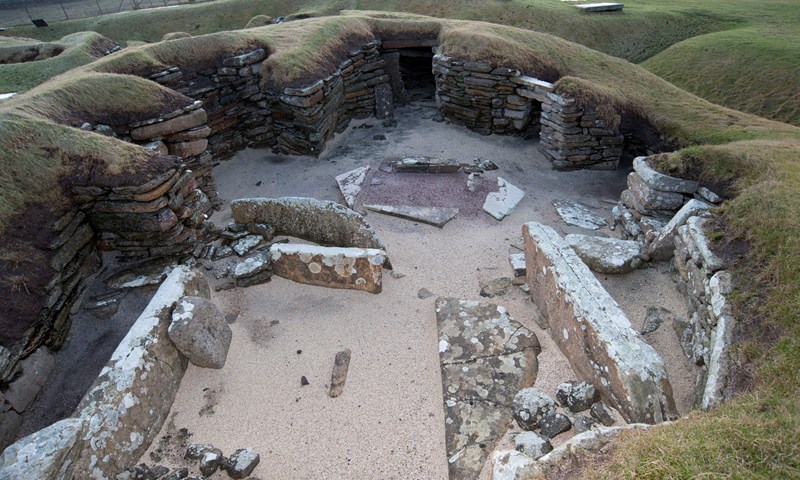 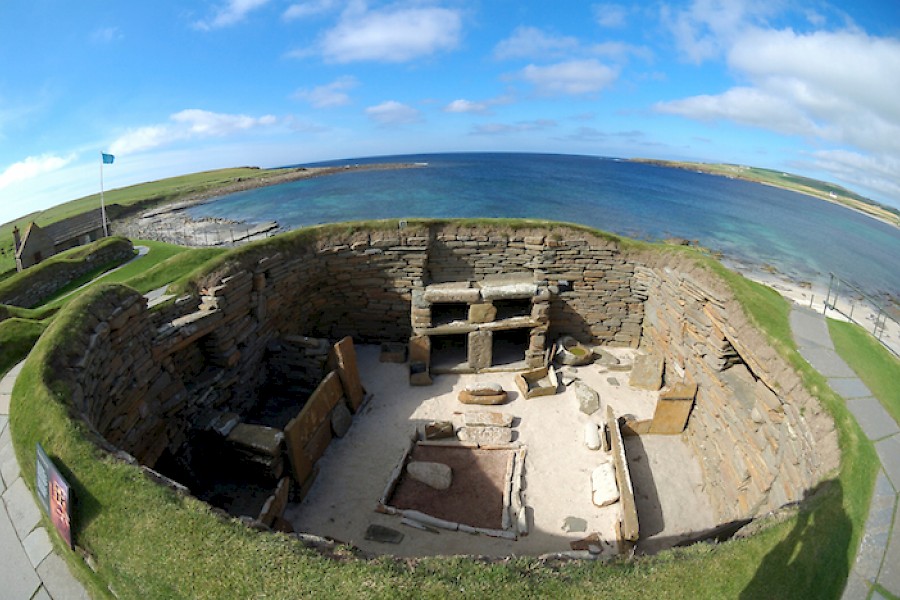 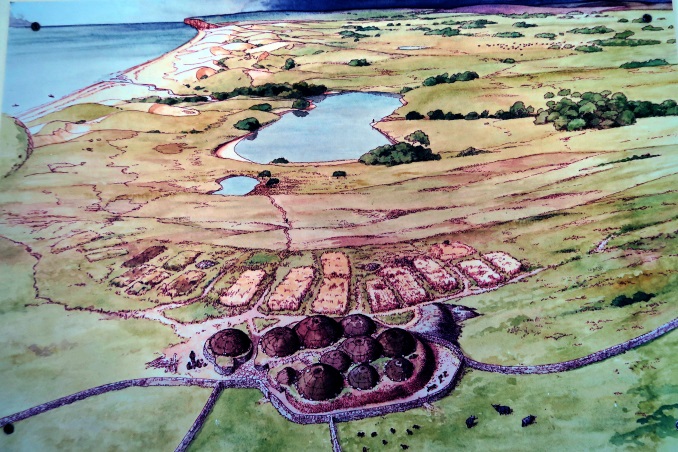 @Mishab I don’t know where I saw this but the devs said that there is only one style for each assets in the current build of the game. Apparently it is because not everything is set in stone and if they change something they have to modify all the assets. Hence they only add one of each in order to check if it is working properly. Once the game will be more stable they will add more assets.

Very nice illustrations by the way

@Mishab @lotus253 Brilliant!!
By the way a question to AC: Will we be able to see in to the buildings?

Apparently it is because not everything is set in stone and if they change something they have to modify all the assets. Hence they only add one of each in order to check if it is working properly. Once the game will be more stable they will add more assets.

By the way a question to AC: Will we be able to see in to the buildings?

While this is a nice feature this also would scale up the work needed for the game, assets and logic wise, in a way that would put us very very far away of 2019 as a release date.
If the game works well in the store, it may be possible to add this later with some big expansion, but there is nothing planned at this moment.

good to hear it’s possible to add more than 1 type. Looking forward to seeing where you guys take that eventually.

Thats will ne really nice if this option will be avaliable

These are great ideas

It would certainly add a lot to the immersion if the type of houses you can build were dependent on climate and the availability of building materials, I’m all for that!

It would really be nice if there were a range of different materials available, and clearly visible, in the environment, like wood, thatch, branches and twigs, but also mud (with thatch) for bricks, and of course stones. Such was mostly the case in Banished, and to a limited degree also Children of the Nile, Patrician, Anno XXXX, and others. And while it was just as possible to build a hut out of mud bricks in Neolithic France, or a hut out of timber in the Levant, the opposite was generally true, since timber was lacking in the Levant, and mud bricks were difficult to maintain in rainy France. It would be up to the player. I guess either the game would have a completely different set of buildings depending on which “biome” you chose, to which one has to stick, and which means the buildings requirements would be less of one resource and more of the other; or the player can always slide meter or so, to build a hut more out of mud bricks, or more out of wood, or more out of stone, and so forth. I guess the former would be easier to do, especially if only more famous biomes were available, like the the Nile Valley, the Levant, Greece, central Italy, and Atlantic France… Of course, most of this is far, far in the future.

In any case, there should surely be a lot of variety in the houses. Like… nine different varieties of a standard house, with certain things even more randomly generated, like the colours of certain fabrics, the nuances of the mud façade, or the thatch of hut roofs. Maybe, for example, of the maybe four windows (obviously not glass) of a house, the number of windows that are open could vary? Simple enough thing to create, I should say, especially if the same window model could be reused in other buildings. I’m sure the developers will include something similar to this later on.

Maybe of more importance to the base game as it’s European Neolithic would be Scara Brae:

That is a very interesting place and fits into the topic about building scalability. Very interest place, https://www.livescience.com/43783-skara-brae.html. Learning more each post.