I know this game is in early stages of development and this should be something for the future but, I was thinking at a certain point the game should have the world map available, starting in the Upper Paleolithic. It would be cool to include the many species of Homo and ice age fauna to each respective region of the map, As well as the archeological culture, linguistic group and phenotype. Along with the ice age climate and vegetation. Lastly it would be cool to see the rest of the world evolve around you through out the ages through climate change, extinction, ethnic migrations, cultural evolution and so on.

paleontology(wiki not a good source was just being lazy) 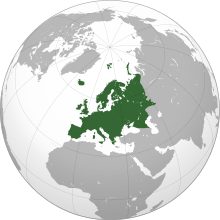 The Global Prehistory of Human Migration