It is important that the game develops among its DLC’S, the Paleolithic period.
Rationale:
It is one of the historical phases of greatest fascination among young people, children and adults. No game so far has properly simulated the period. Being the referential game: Far Cry Primal.

Reference: The referential game has many important evolutions to the genre “Simulation prehistoric human”. Highlights the network of objects, technologies, graphics, high-quality game image, large map. Among the negative points is the domestication fantasy of Sabers tooth tigers and the aerial view with eagle. The perspective of aerial vision is unrealistic, even though humans have domesticated and trained birds such as eagles, hawks, eagles. In no record of history is the ability of air view as the game put. With everything is the game reference for the DLC.

Objective:
To enable the simulation of the human prehistoric period and simulate the dynamics of the period.

DLC Dynamics:
The DLC should work with a large time lag. In theory between 7 million BC and the pre-Megalithic period.
In theory covering the human species that they have and their physical peculiarities, geographic area, way of life, resources, among others.

Search contributors welcome, Signing in with the number 1 or 2 before the response text or post. In this way I think it will be better for developers to understand where each informative and opative post fits. Thus avoiding long debates on issues unrelated to DLC. 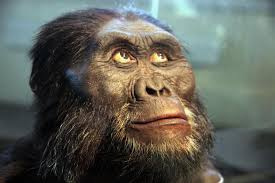 Ice Age -Paleolithic - expansion has been already announced ( and reached as a funding goal ) as the next one to be done after Neolithic.

I really enjoy and agree with the Author’s idea of a Paleolitic DLC for this base game. I might add that another DLC in a time period with Neanderthals and Denisovan Hominids would also be a ground breaking, never seen before, innovation that would make this game enter for ever to the history of games.

If it is the desire of the Company and the Game Developers to make a one of a kind, a DLC expansion with other human beings other then homo sapiens is a must have.