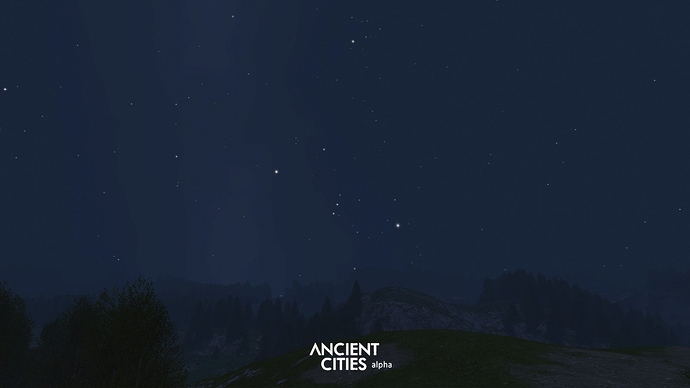 Firstly, I just want to say as an amateur astronomer and astrophotographer, I am absolutely beyond pleased that you took the detailed but actual legitimate stars in place!!!

@Uncasual Did you take into account that Polaris is not the northern polestar in the time period that the game is set? If not, let me know the date the game starts and I can calculate the exact position.

While the stars move every single night across the sky, the stars themselves have also shifted in position over the millennia. The stars appear to move overhead rising on one side of the horizon, passing overhead, and
setting on the other end of the horizon. This celestial rotation is the result of the earth rotating at the
stars. Like any rotating sphere, there is an axis drawn straight to the middle. Observing the stars for
many hours will lead the observer to realize that the stars apparently rotate around these axial points.
While the southern hemisphere requires complex observation to determine the actual point is there is
not a significant star at that location, the northern hemisphere benefits from a star which rests nearly

Over thousands of years, slight variations in the rotation of the earth result in the axial points shifting in
the sky. This axial shift follows a circular path to the sky over a period of approximately 25,770 years.
As a result, the star Polaris would have been significantly less of interest to our ancient ancestors. For
example, during the early Neolithic period of Europe (c. 5500BCE) the location of the axial point
within the northern hemisphere has located on the edge of the Draco Constellation, near the star
Edasich, and nearly on top of the double star, HIP 73436 A. It is for this reason that scientists must
consider the actual configuration of the stars in our past to understand why our ancestors marked their
tools and stellar reference points the way they did, different from how they would appear in our current
sky. 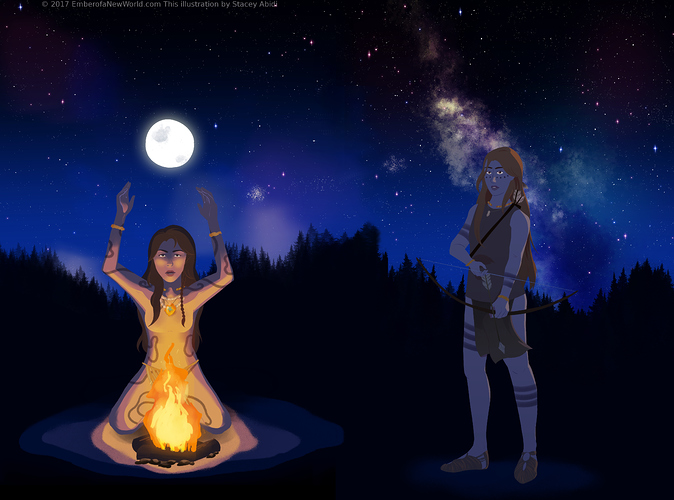 night.jpg4845×3591 2.5 MB
Our ancient ancestors were avid astronomers in their own right. With no understanding of science and
the world full of terrifying and unexplained phenomenon, the regular and predictable nature of the
stars, planets, Moon and Sun provided a mechanism for predicting changes throughout the year, as well
as a means of explaining events via the addition of religion. Evidence of the vast importance of the sky
to our ancestors can be found carved and painted into the artifacts and ruins of nearly every major
prehistoric site yet discovered. So significant was the sky that entire religions and large structures were
created around these celestial movements, such as the great Pyramids and Stonehenge.
2 Likes
lotus253 February 16, 2018, 7:28pm #2 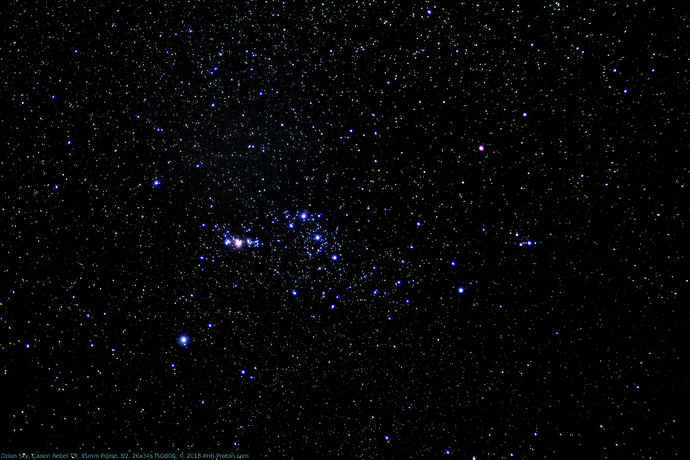 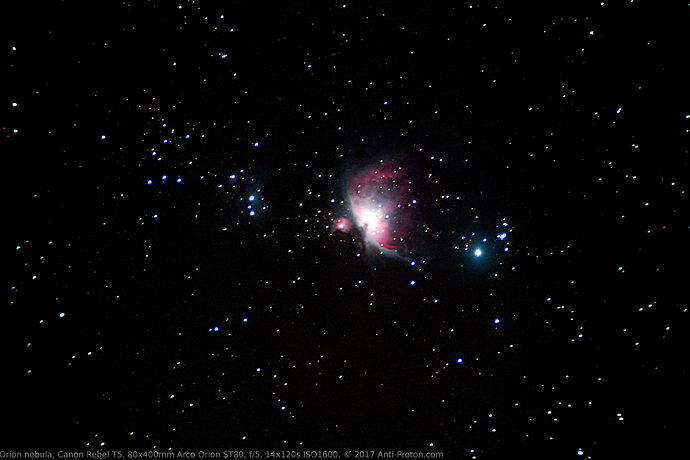 will you all little faded smudges for very bright Deep Sky Objects, such as Andromeda and Orion’s Nebula?
The nebula in the picture below is visible in on the constellation of Orion approximately where his most important body parts would be hidden, LOL, as a small faded shape. In the beautiful night sky of prehistory, it would have been even brighter.

As a former amateur astronomer myself too, to have proper starts and constellations is something that I have in mind from the beginning. It is only a detail, but random starts were bugging me a bit, so I decided to dedicate some time to use a real star database for AC night sky. But AC is not an astronomy program, it can’t be as time in the game is scaled, twisted, flipped and distorted. But the sky is now plausible at least.
I know about precession and star movements, and at some point I would like to have them in game, but is hardly a priority at this moment. What I’m working on is a small orbital simplified “simulation” to have plausible moon and important planets movement in the sky as a second detail, but they will be only very very crude approximations designed to fit in our scaled and deformed time.

Well I am so happy you added realistic stars, especially Orion and Sirius !!! \o/

This company produces a synthetic star field generator with a stellar limiting magnitude of 15.1, far beyond what anyone could see with the human eye, even in the Neolithic. Something like this might be useful, they probably want to find out if they would charge for commercial usage.