Will the game engine support terraforming? Not as a god-mode, but as a long term social project that requires a flourishing culture. This would allow us over years or decades (if the villagers are willing) to construct earthen bank and ditch causeways, or ceremonial and burial mounds, similar to the Stonehenge complex and others found in the mid-late Neolithic age. Terraforming could be an end-game technology, allowing dedicated players to showcase the greatness of their culture!

Land modification is planned, but hardly for the first release.
It is one of the still hidden stretch goals in the indiegogo campaign.

I hate to bring up another game but for clarification would it be like in Life Is Feudal Forest Village which seems to be more controlled than say Banished?

I hate to bring up another game but for clarification would it be like in Life Is Feudal Forest Village which seems to be more controlled than say Banished?

What do you mean by “controlled” ?

My bad, in Banished you could raise or flatten terrain but if you do it could turn out wrong. While watching Skye Storme video from the Life is a Feadul Village series, https://www.youtube.com/watch?v=KKvlvOJuah0&list=UUH8Eirtdko5wjPmuOp6wb_Q&index=21, I noticed that terrain modification is easier than Banished. For example, he takes the hight from one place and uses that to ensure another terrain will be the same hight. Something like format painter in MS Office Word. This unlike the simplistic option in Banished, unless I missed something.

I see what you’re saying with[quote=“nuLoon, post:1, topic:649”]
Terraforming could be an end-game technology
[/quote]
but from my readings¹, trenches, ditches and slopes were very common, even in small communities ! (I also get that you meant huge terraforming, to build tumuli, etc.

). Those features were the easiest way to somehow protect a settlement, and trenches were “dirt-quarries” to build adobe buildings or doing pottery. Here are two settlements protected by trenches on the french atlantic coast (sorry for the picture quality). 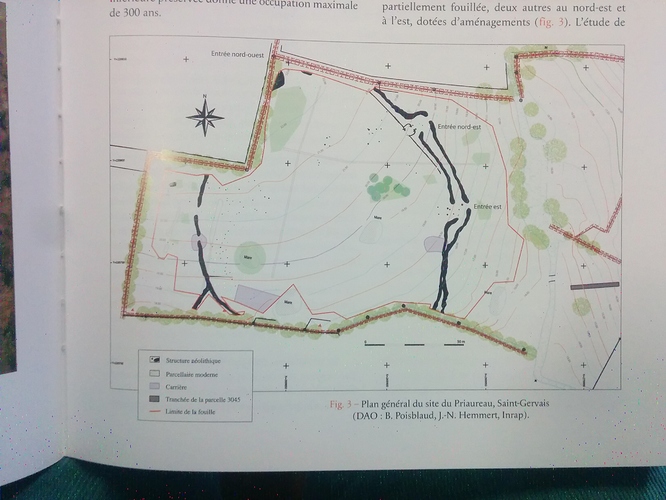 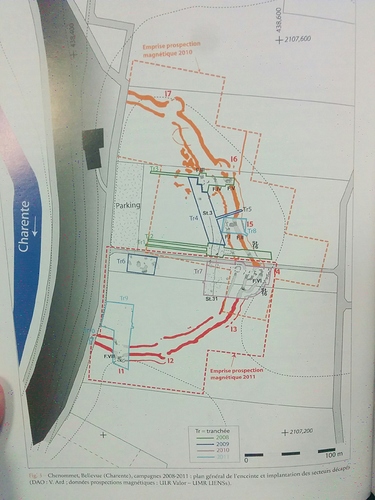 IMG_20171012_162352.jpg1944×2592 1.04 MB
Chemonnet, Bellevue (Charente, France), p. 134. Two rows of trenches protect an inhabited settlement. A few entrances puncture the defensive line. There is no palisade or wall, but the entrances are very “complex” (Joussaume, Large et al. 2014, p. 142-143), and some of them are an actual building (4 post holes in the place of the entrance), By complex the authors mean the trenches follow intrincate courses, to difficult the entrance (or the exit of livestock, researchers aren’t very sure)