Greetings,
will there be ritual sacrifices in the game to strainghten moral and trust from villagers, motivate soldiers. etc.
I know this is a hot topic but if handled with care it could be an amazing feature. Of course without explicit details in graphics.
Cheers,
Pan

As in human sacrifices or as in burning a wooden edifice of the reindeer god?

I think this is a good option if its part of a process of developing your society and more an otpional route or specific to a direction of your culture rather than mandatory.

Would this be some from of religious development or more on the cultural side that your people become knitted closer together the more rituals they have?

Some religion would help make the game more interesting, maybe you could even have some say in the beliefs of your village so no two games are the same?

Villagers could start to get worried if they haven’t sacrificed for a while, and feel at ease if they think they’ve appeased whatever it is they believe in.

Ritual sacrifice was a major component of prehistoric Society. There are many documented examples of objects being sacrificed or at least included in a ritualistic manner, typically within graves. As for human sacrifice, it can be difficult to be absolutely sure of the reasoning behind an inhumation, but there are many examples of mass burials which may have had ritual components. This also includes ritualistic cannibalism. Human sacrifice and sacrificial ritual has been a primary component of my last two prehistoric novels for this reason. 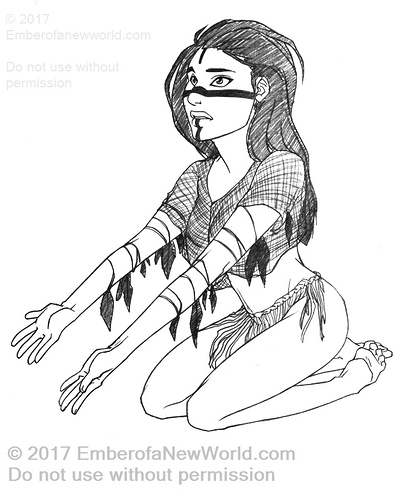 So that our citizens can be infected with a prion. Great!

Personally I haven’t seen strong evidence yet suggesting; even occasional, human cannibalism in pre-history. At best there was evidence of secondary burials after defleshing. But defleshing a human bone does not necessitate them eating the flesh. It could be part of elaborate burial rites for all we know. It doesn’t have to mean a person was killed for consumption either. Looking at contemporary ethnological studies I think the prevalence of cannibalism in humans, outside of extreme situations such as famine, is pretty low.

While probably not that common place, there have been several examples of Neolithic cannibalism hypothesized not only by cut marks, suggesting butchering, but also by the removal of bone marrow. Excarnation typically doesn’t involve removal of marrow. Also, many cultures practicing excarnation also involved skull worship. There are several sites indicating potential cannibalism where we find the bone marrow missing but the skull’s intact. 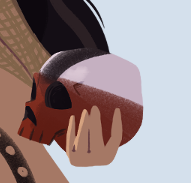 Herxheim, an LBK culture site, is a good example of this. Excarnation could have involved the cuts, but not the bone marrow removal . Also, the bodies are not arranged in a way suggesting respect for the Dead nor is any skull worship scene. The individuals appeared to have died traumatically. I believe the latest research reflects this and I can find you papers on it if you like. Probably a boring read, but still quite interesting. There are other examples, but sometimes they can be rather contentious given the difficulty in determining cannibal behavior.

Ritualistic cannibalism has been observed throughout many cultures ( even contemporary) and it seems unlikely to have not existed in the Neolithic period, especially considering both direct and circumstantial evidence.

Of course when I was speaking of ritualistic sacrifice, I was referring more to objects being left with the dead or offerings of food then either Human Sacrifice or cannibalism, though the latter were probably existent to some extent, though not common, like the former.

I love the idea of sacrifing humans, but also farm animals should be also included!

No, No, and more No. If people want to play this type of game fine but allow an opt out. This would end my interest in the game.

I’d like to know why you don’t want sacrifices

It is probably the same reason why people dont like children in games being able to be killed / murdered @Castrelspirit .
But It is up to @halonot to answer this personal question. I mean if you are able to decide not to sacrifice people and it is not mandatory then all should be fine, right? People who decide to do so can, others who feel disgusted by the idea shouldn’t.

Ja, I just want to know his specific reasons. Personally, I don’t care if children are killed but I understand why people don’t want children dying.

Your villagers perform a sacrifice on [Person Name]
Morale +25%

In games like Dawn of War: Winter Assault, there is an option to sacrifice a soldier to improve morale. It’s more a public execution than a sacrifice though. And it is quite a bloody game. In the grand historical strategy game Crusader Kings II, though, there is a clear option for certain pagans to literally sacrifice a member of your court to the gods. It’s completely ungraphic though. And Christians can burn witches…

Since we know that some form of sacrifices existed in practically speaking every pre-modern human culture that we know of, and human sacrifices also occurred in many cultures, albeit mostly in a much more limited manner (even the Romans, who boasted of not being as barbaric as others, to allow human sacrifices, actually did just that at a few, isolated instances), I see no reason for not having sacrifices in the game. Certainly of objects and animals, but under some circumstances, even human beings. Because we live in such enlightened times, there should, like @halonot writes, be a possibility to turn it off. “Animal sacrifices possible - Yes/No”, “Human sacrifices possible - Yes/No”.

I would like to stress though, that we don’t really know how the religious system will work in the game. I mean, in every other city-building game I can think of, religion just consists of entering a house, and then coming out with a “full” religion meter. What goes on in the house… is beyond me…

Since we know so very little of neolithic religion, it is likely that every tribe we start with will be randomly assigned a complex belief system, with many differing variables, including the amount, frequency and style of sacrifices, if they occur at all. And then… as a divine leader and father… we can slowly nudge the tribe towards… other beliefs…?

If the tribe does intend to sacrifice someone, the player should be notified and engaged:

“Your people cry out for deliverance, they believe the wrath of [main god] is upon them, and that only blood with save them! They demand that [your best hunter] be sacrificed!”

I am a Kanaka (hawaiian) & my people had human sacrifices at one point, but it wasnʻt from the place i hear all of you speaking of. To my people, if times were good, everything went as normal & during a harvest time many would bring their gifts for the Aliʻi (chief) such as food, clothing, tools for hunt or fishing. If times were hard they would pray & give offerings of food, clothing, tools, or even instruments to their Aliʻi as offerings to the Akua (diety,god). No matter what the reason for the offering, only the best was givin! (not the 2nd best)
At one point it was thought that we, as Kanaka, were “the best” we could give to the gods. All the things we do for the land, our family, our people… but it WAS NOT a common practice. During extreme times, such as famine or a major natural diaster like tsunami, hurricane, earthquake, lava

It was believed that if we gave of ourself, which is the most highest of gifts, we would be able to help our people. But it was never forced on anyone like i hear many talk about. For Kanaka it was a willful choice, because they knew that the instant they died, they would be in front of the very Akua (diety) they were praying to for help, mercy, food, water, less shark attacks… not just villager moral >: (
I would like to see human sacrifice in AC in a way that isnʻt senseless killing of random kids & villagers, but ritualistic. Depending on the “quality” of the offering you get less tornados, brush fires, or animal attacks, depending on the god or gods you are giving the offering to. I would like to have the option to give one of the people for the gods favor if i want, or hold out & try doing it myself.
I also read about cannibalism. My people didn’t have that practice, but they did in Tahiti at one time. It was not a common thing to eat people though, it was ment for enemies, & even then it was only done in intense situations. It was believed that if you eat the eyes of your enemy you could see through their eyes (tactics, insite/ clairvoyance) the heart would give courage, etc.
I also think it would add variety & randomness to the game. For example: if a “tribe” looks down on me & my tribe for my practice or religion, they could do nothing as long as i don’t bother them… or they may cut of all contact with my tribe (no trading or help)… or maybe our practice is offensive to them & their god or gods & attacks my tribe.

I agree with your statment. In my last novel(5496BCE Indus River, early Neolithic), the sacrificed person chose to do so as a major honor to her people and her family. Sacrifices could probably be either willful of unwillful (enemies).

Sacrifice of animals and objects were more of what I was thinking of in the game.

Yes you should have control over that.

I think giving food (goats, pigs, fruits, etc.) & objects (tools, cloths, heirlooms, etc.) would be fun. & you would be blessed or cused depending on the quality of the sacrifice & it’s relevance to the entity. Like if i give my fatest pig as an offering to the hunter god he bless my people with strength or stamina & if you give fish to the fish god he’s offended & now there’s less fish lol

he bless my people with strength or stamina

Anyways, should supernatural really be involved? If we wanna keep realist, sacrifices should probs only give a bonus to morale. I don’t think the Aztecs influenced the rising of the sun with their sacrifices.