Continuing the discussion from Roads/paths:

"The original road is thought to have been a dry trail, built up by piling earth and rubble into a raised cross-section, with a ditch to either side to prevent its flooding, and in parts it was actually paved. "
[GRAHAM PHILLIPS]

Take somewhere that the mechanics of a game is the regeneration of the high-speed case, a time without the use of roads and cities. I support this dynamics. By the same token, the same is not neolithic as a recent illustration.
Canal on both sides and with pavement of overlords of castles making the way from a point of its existence until today many routes and paths existed. And it should have a command or a road-making task. It is superimpressed there were roads, there were traffic of people and animals domesticated with loads and even vehicles. We must do it realistically and on the basis of evidence. The wheels appeared 6,000 years before Christ. And the period in question is about 3,000 BC. Why there is a dynamic of flow not only of people but also the lucky ones with carts and carriages. And in this sense my view an aspect that can be revolutionary without game with the super map and the graphic quality, to simulate flows that science says; “Yes, it is possible that it happened.” So that’s the big secret. There were bridges, the way trails over the swamps, the English know how to do, there are many places in villages were made in lakes or swamps, some were by land and others naturally existing. It will take time and everything with accuracy like EURO TRUCK and the transport of loads. The challenge of ANCIENT CITIES is even greater. The launch is a possibility of building a road, is part of the power of the time. This highway connected a great distance cities. The road has no road, but the lack of people and the quickest and fastest things of a more efficient troop shift. It’s my opinion only. Just as the Roman roads form part of the ancient Neolithic roads.
Article

What’s It Like to Travel the Oldest Road in the World? Think Dragon’s Blood and Neolithic Barrows. 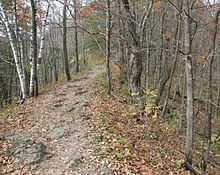 Historic roads (historic trails in USA and Canada) are paths or routes that "have great historical importance or fame". Examples exist from prehistoric times until the early 20th century. They include ancient trackways, tracks, and roads that existed in "the period of history before the fall of the Western Roman Empire" in 476 AD. "The first roads were paths made by animals and later adapted by humans." Many historic routes, such as the Silk Road, the Amber Road, and the Royal Road of th The Post... 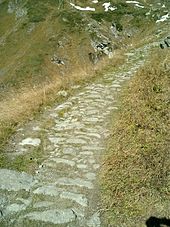 Trade has always been requiring transportation facilities to deliver the goods across various places . Various commodities which are no... 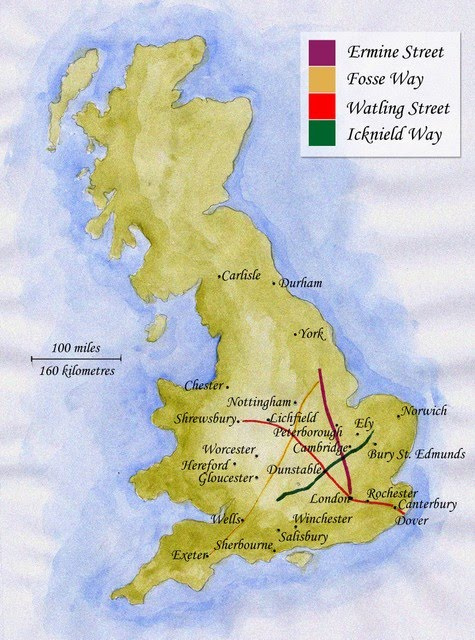 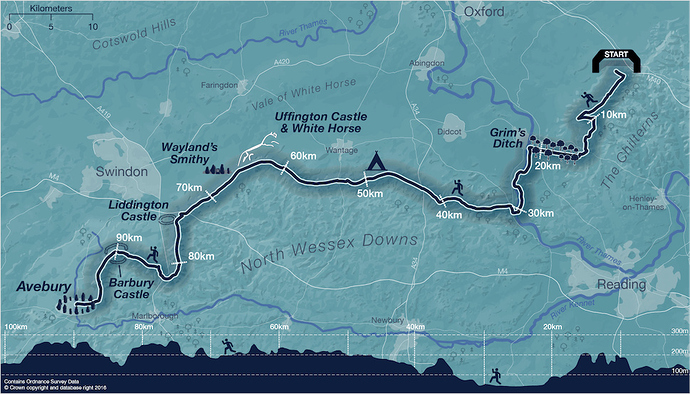 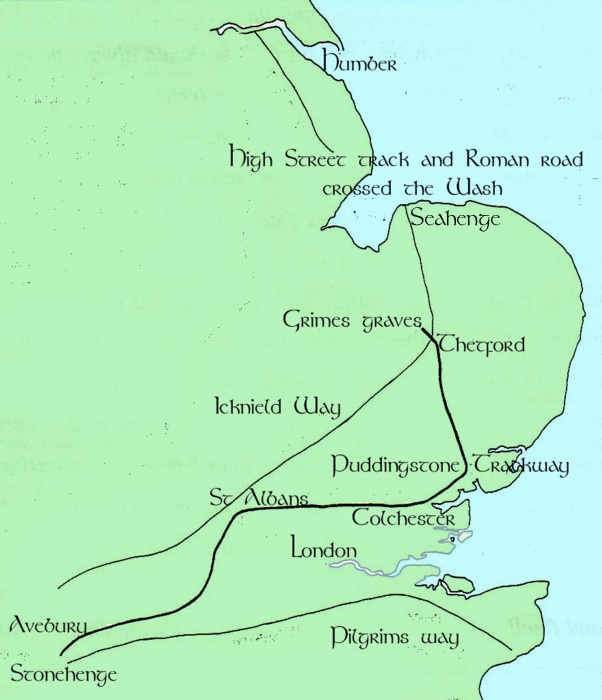 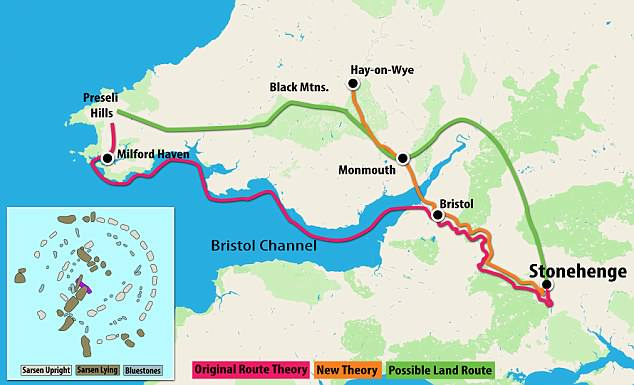 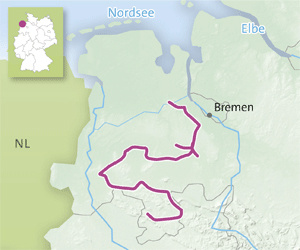 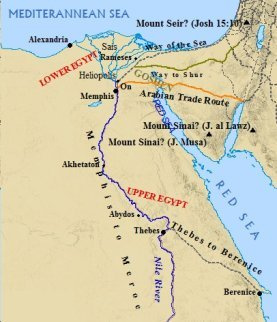 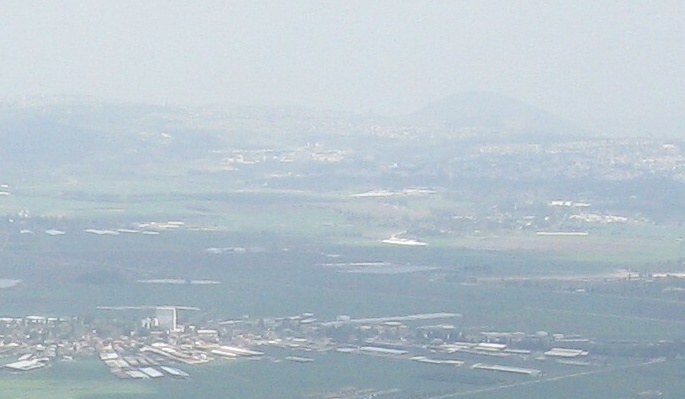 Palestine history is a continual story of struggle. Throughout the history of Palestine, its inhabitants have struggled with the land, outside powers, empires, and local kings. 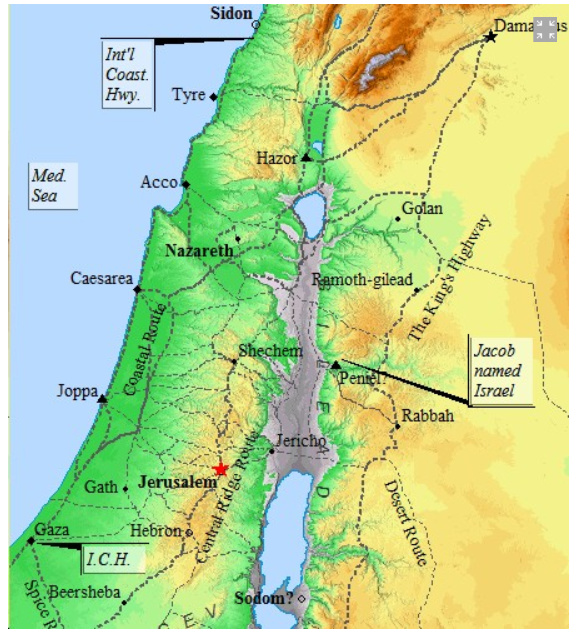 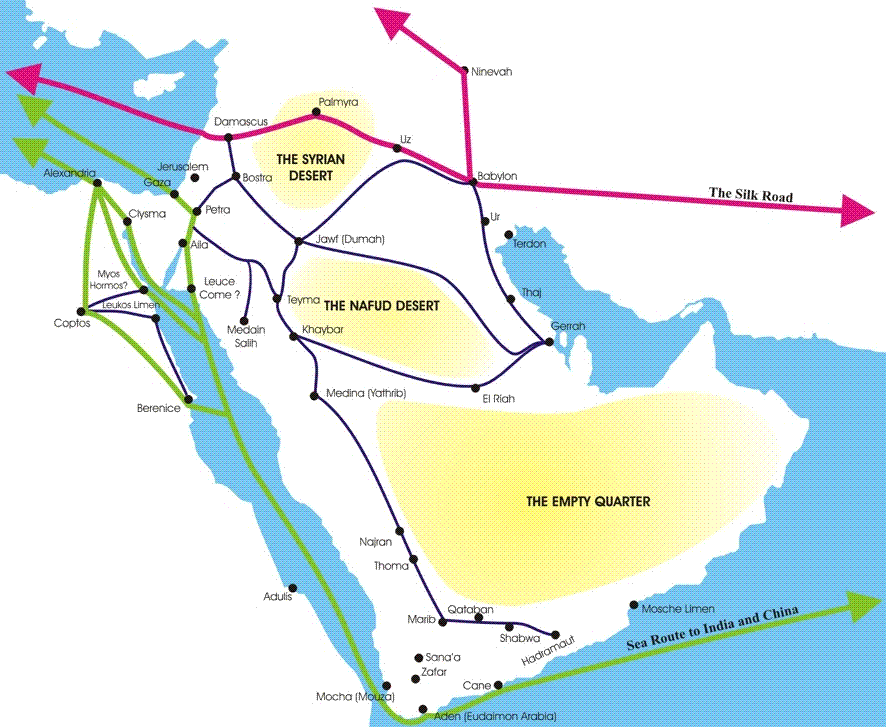 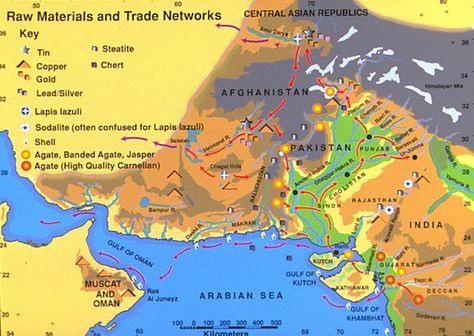 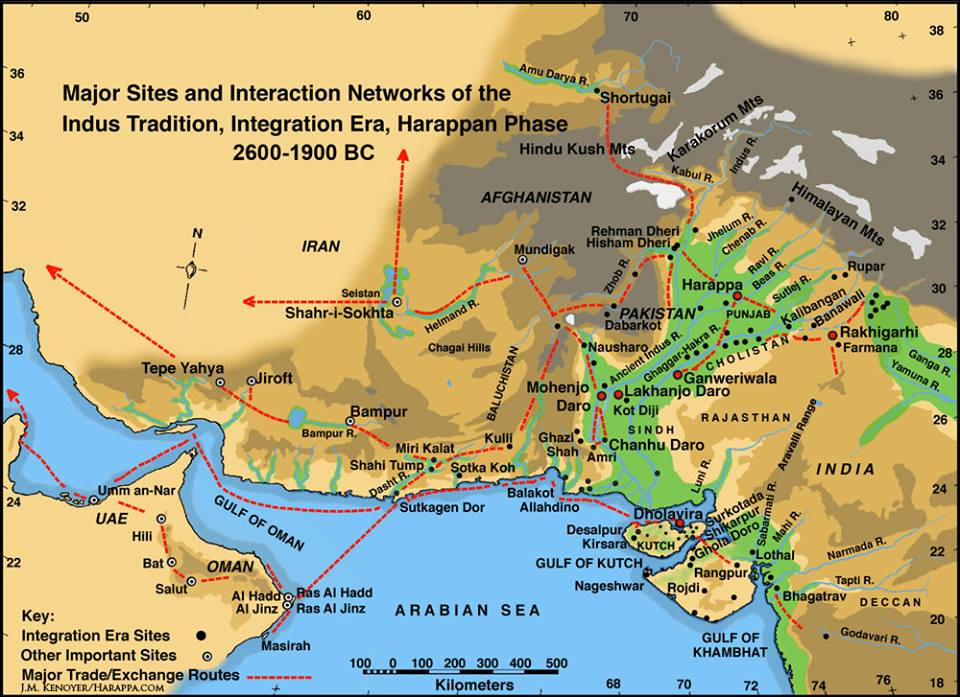 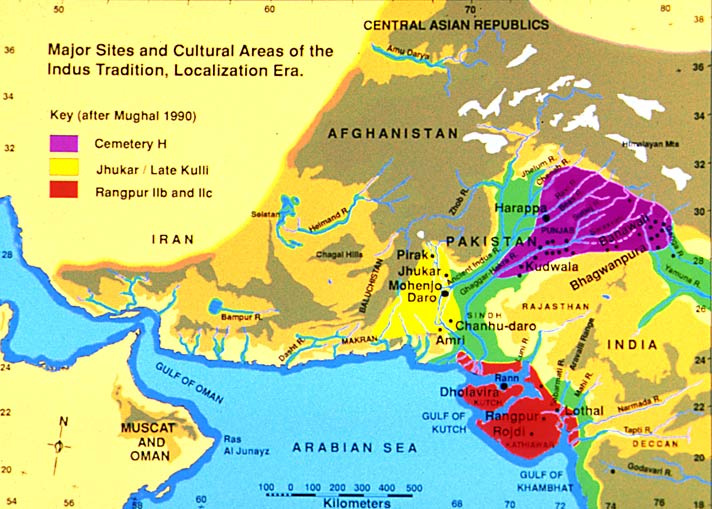 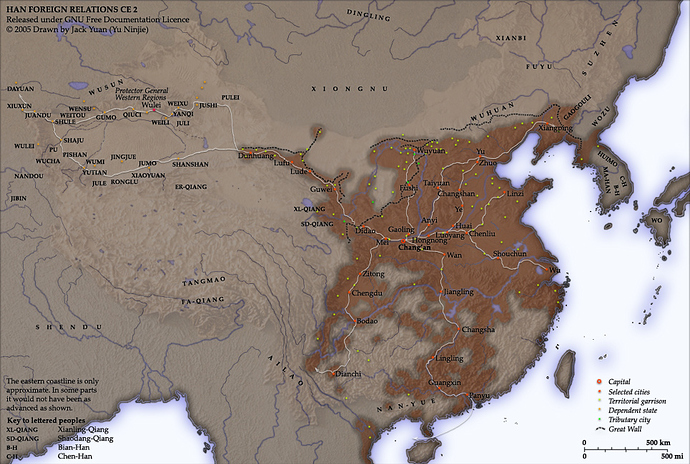 The basic modes of transportation are land, air, and water. In the modern era, a part of our research is how to make these modes smoothe... 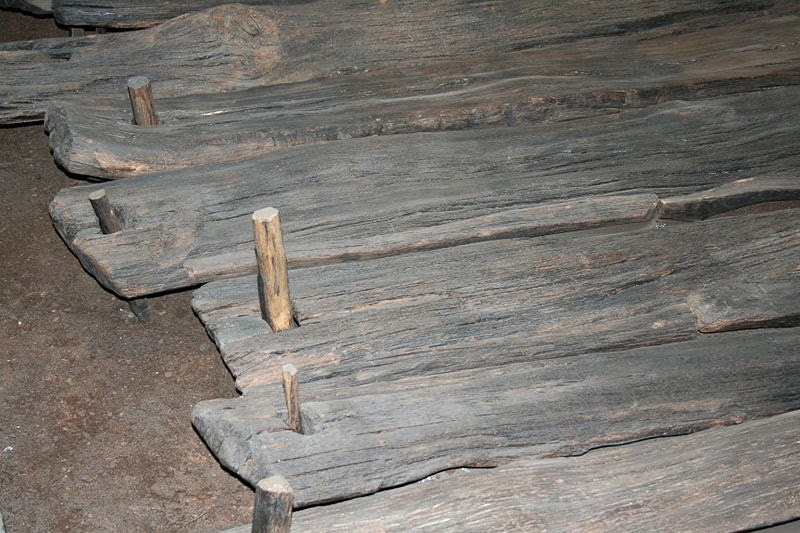 Based on the dry islands of the marshes and the adjoining hills early man exploited the resources of the wetland which lay in-between. This was a changing landscape of open water, reed-swamp, wet woodland and raised bog. However, these wet landscapes were difficult to cross so wooden trackways were built, the most famous of which is the Sweet Track. Fortunately this wet landscape preserved many of these trackways, some of which were found by peat diggers in recent times. The wetlands had a central role in prehistoric religious beliefs. Numerous Neolithic and Bronze Age artefacts have been found in the peat, either as stray finds or beside trackways. 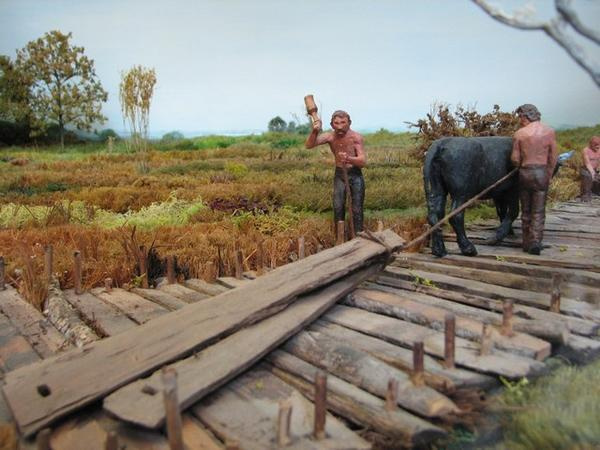 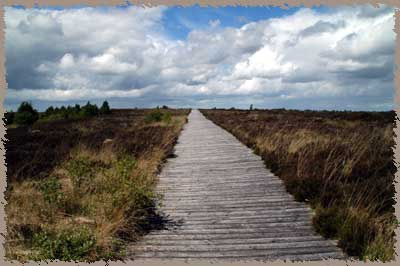 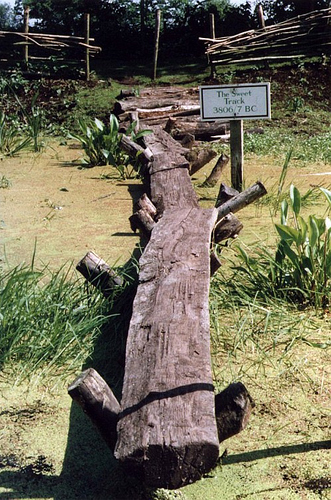 Constructed by driving sharpened poles obliquely into the peat to form a V into which planks were fixed. These planks were then stabilised by driving long pegs through holes in the planks and down into the peat and clay beneath. It also sounds very easy until one remembers that there were no saws or steel axes, just wooden wedges and stone axes! 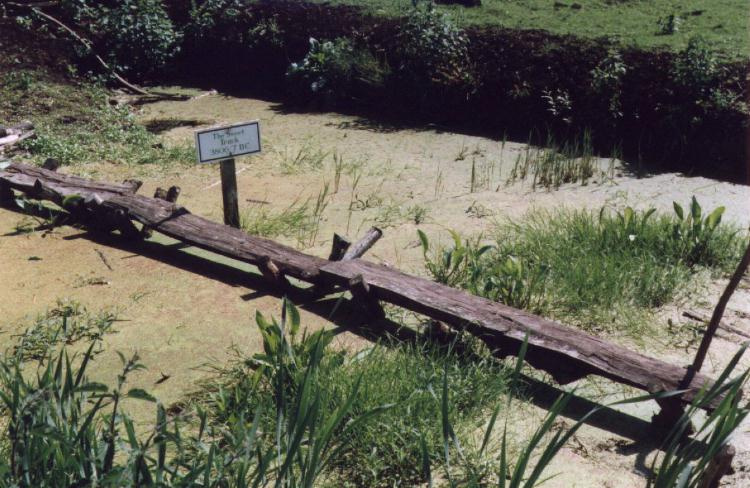 The Diolkos was a paved trackway near Corinth in Ancient Greece which was used to transport boats across the Isthmus of Corinth. Instaed of circumnavigating around the Peloponnese peninsula, ancient Corinthian ships were quickly transported across the Isthmus.

The Diolkos had two main uses. The first was the transfer of supplies and goods. In times of war it also became a preferred means of speeding up naval campaigns. Approximately 3 1/2 to 5 1/2 miles in length, it is looked at the as the predecessor to the modern railway. Transportation across the Isthmus lasted from approximately 600 B.C. to 150 years after the birth of Christ.

Greek historical documentation sites that the Diolkos played an important role in ancient naval warfare. Greek historians note several occasions from the 5th to the 1st century BC when warships were hauled across the Isthmus. In 428 BC, the Spartans planned to transport their warships over the Diolkos to the Saronic Gulf to threaten Athens,while later in the Peloponnesian War, in 411 BC, they carted over a squadron heading quickly for operations at Chios.

In 220 BC, Demetrius of Pharos had a fleet of about fifty vessels dragged across the Isthmus to the Bay of Corinth by his men. Three years later, a Macedonian fleet of 38 vessels was sent across by Philip V, while the larger warships sailed around Cape Malea.

After his victory at Actium in 31 BC, Octavian advanced as fast as possible against Marc Antony by ordering part of his 260 Liburnians to be carried over the Isthmus. In 868 AD, the Byzantine admiral Niketas Oryphas had his whole fleet of one hundred dromons dragged across the Isthmus in a quickly executed operation, but this took place most likely on a different route.

The trackway was used and maintained long after its construction which indicates that merchants used the trackway for their ships instead of a longer and potentially dangerous trek around the Greek Cape Malea. 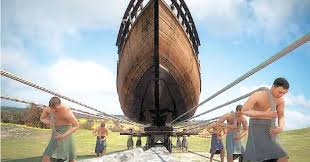 Book your tickets online for The Diolkos, Loutraki: See 29 reviews, articles, and 18 photos of The Diolkos, ranked No.9 on TripAdvisor among 11 attractions in Loutraki.

The Minoan roads were standard 3 meters wide or the equivalent of 4 people walking side by side.
Source: https://www.nytimes.com/1981/09/06/world/minoan-highway-is-found-in-southern-crete.html 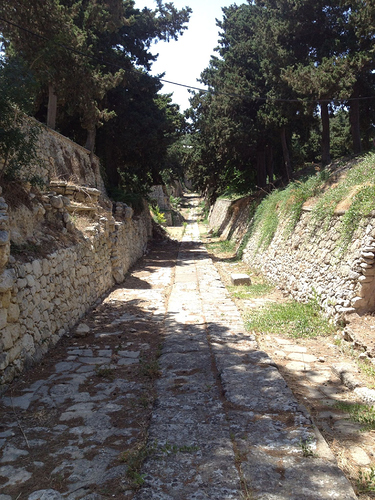 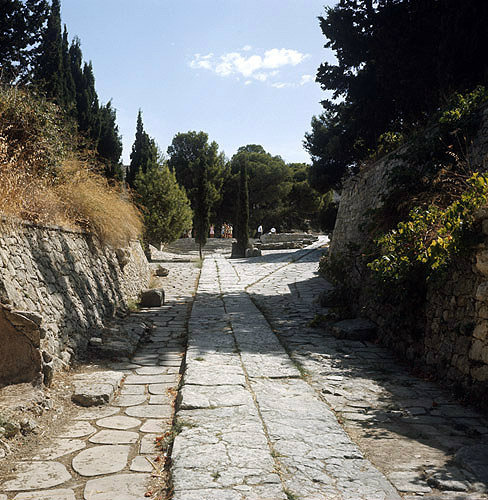 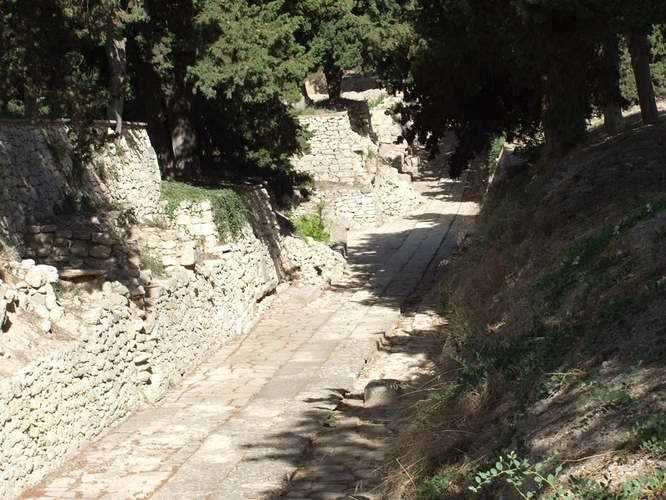 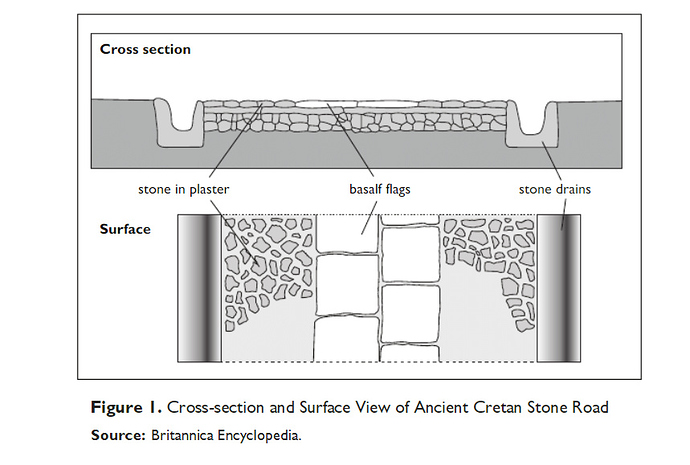 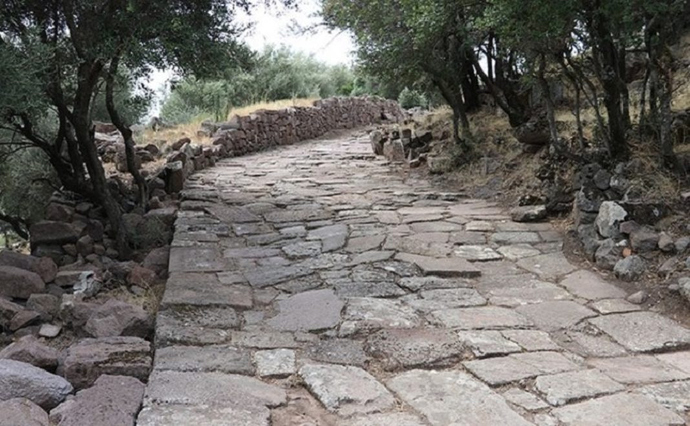